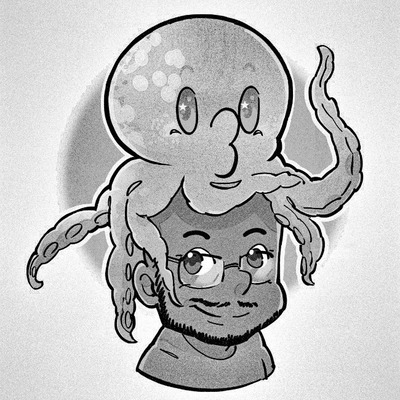 @darius I am and it is all your fault, by the way. hahahaha

@ardydo The whole thing, but especially the bit with his mom was just... 😭😭😭

@darius hey, I'll be answering using this account because of characters limitations because this clearly got out of hand. Hahaha

Can you believe that I didn't even noticed he was wearing only underpants? I had to re-read it. Thanks for pointing that to me! But this raised so much silly questions about those underpants. Why is it written "jojo" all over it? Where did those jojo branded underpants came from? He was found naked expect for the hat, right? So those are not his. Those are underpants that the higashika family gave him? We can probably assume that those were yoshikage's because he is wearing his clothes. But even if we assume that: Did he bought those and they sell Joestar branded underpants on morioh because of the local hero? Did he made it himself because of Josefumi? There are so many other questions but the most likely answer is just: araki felt like it. Hahahaha

But on a more serious note I really liked the issue. It's my first time reading a chapter that I waited for it (I just recently caught up to this part) and it really paid off. The first part was kinda meh. "hey, it's exposition time!" but the second one really was great. Holly is such a great character and I loved how even if she is kinda of a dansell in distress she is still active and saved josuke. The scene that she pours the medicine through the hole in his cheeks, the following "speech" and orarora will be one of the things I'll be gladly looking for in the eventual anime adaptation because it will be great.