Interested in almost everything (he/him) (opinions mine, not my employers) (hi)

I found this because the TeeJay's sign a few blocks up from where I live is a landmark in my personal geography as well. I'm not supremely nostalgic about it though, especially knowing that the sign is already a ruined version of the original, much better sign.

HAVE YOU SEEN THIS?

Newsletter feed for Trust Me, I Have a System @trustmeihaveasystem@rss.friend.camp

After years of failed attempts at blogging, no surprise the first real “issue” of this weirdo newsletter is a very blog-like thing: I’m going to talk about Ohio’s public health strategy, how it empitomizes the struggle between business interests and public good, and how it reduces public health officials to desperate Twitch streamers.

This week, I got a notification from YouTube that the City of Columbus had gone live. A group of doctors in their white coats gathered on the stone steps of an official-seeming building and played Minecraft– I mean, delivered an update on Columbus, Ohio’s Covid-19 situation.

It was generally exactly what every public health body is saying right now (please wear masks, please get vaccinated, please be safe), so it’s not worth rehashing the specifics. The thing that struck me was the repeated mention of “SB-22,” something I did not know a lot about (I just got back to Ohio a few months ago and… a lot has happened!).

For instance, Dr. Mysheika Roberts, Columbus Health Commissioner, said that if it wasn’t for SB-22, “I would be announcing a mask mandate today.” She actually spelled it out even more clearly than that: she said everyone should go back to wearing masks indoors, but this was “not an order and it’s not a mandate. The reason why it’s not an order or a mandate is because of Senate Bill 22.” A reporter asked, referring to SB-22, “we’re 18 months into this, why is the public health community still losing these political fights?” Why Indeed! :thinking Marx emoji:

SB-22 refers to Senate Bill 22, a bill “to establish legislative oversight of certain orders and rules issued by the executive branch, including by establishing the Ohio Health Oversight and Advisory Committee.” SB-22 was enacted earlier this year, and just seeing that title for the bill, I can already start to guess why these doctors are so preoccupied with it (and also why reporters ask lots of questions about it).

The Bill was designed to give the legislature the ability to review, and subsequently cancel, certain orders from the executive branch that relate to health and safety. Things like mask mandates, business closures, etc. It also operates to stop local governments from making orders like this, which changes what local health officials can say at their news conferences (and on their YouTube livestreams).

One very weird result of this is that public health officials have to choose their words carefully at press briefings like this to make sure they don’t accidentally make a recommendation (I’ll talk more about this later, but it really does remind me of the way a YouTuber will talk around a sensitive issue because they’re afraid of being demonetized). These doctors can tell horrific stories of people getting sick and dying, but they can’t end them with “and that’s why you need to wear a mask,” or else someone might accuse them of violating state law.

For instance, one doctor told a harrowing story of an otherwise-healthy man in his late 20s now on death’s door all because he chose to take a cross-country vacation without getting his vaccine first. And a rep from the children’s hospital said they were so overrun with sick kids (“bursting at the seams”) that they couldn’t take overflow from the adult hospitals like they did last summer. But finally Dr. Roberts said that they were “recommending— not recommending, we are asking that people wear masks.” Instead of recommending safer behaviors, they just have to go live on YouTube and beg, like a Fortnite streamer asking for donations.

Another example: the doctor from the children’s hospital said that choosing not to get vaccinated while the Delta variant rips through the country was “personally mind-boggling to” him. You can tell they’re all so scared of what is happening but still struggling with what to say when they can’t even say “we are recommending that people get vaccinated.”

I am sure the real reason SB-22 was proposed and fast-tracked was because people just didn’t like the governor’s shutdown orders and mask mandates. They’re bad for business, which makes business mad. And maybe the folks who proposed and wrote it got what they wanted: they reopened their businesses and put their employees back to work. But they also got spiking case counts and workers quitting in droves, with local governments powerless to do anything to help. So. That’s what winning feels like?

Of course government in general, and Columbus government specifically, is filled with examples of this systemic struggle between the interests of business-owners and the (at least ostensible) desire of government to keep people safe. That’s a capitalism! It happens most obviously in housing and development policy in our city, but SB-22 is such a stark example of how this battle has re-written the way Ohio is handling the ongoing Covid-19 crisis. The business owners won again, and people will certainly die because of it.

Anyway as I said SB-22 took away public health officials’ ability to even make recommendations, leaving them only with the power to sometimes do livestreaming events. I really do wonder: if a public health group can only issue press releases, do video streams, and give quotes to journalists, doesn’t that just make them government-sponsored “content creators?” Aren’t they then just competing with every other weirdo on the internet with a webcam and a conspiracy theory for public attention? How can we expect them to win that competition? Haven’t they demonstrated an infinite capacity to lose that battle so far?

It all makes me weirdly think of the rules that streaming platforms put in place for creators, and how creators get around them. For instance, one of the ways YouTube attempts to deplatform white supremacy is to remove videos with content about Nazis. They do this automatically, and they have to do this automatically in order to keep up with the torrent of white supremacist content being added to their platform all the time. But of course, no surprise, their automatic deletions have also deleted videos from people fighting white supremacy and teaching about the history of antisemitism. People who have spent years educating the public on antisemitism can’t even say “Hitler” on YouTube, and just like with this press conference, it’s so weird watching them talk in circles to avoid saying the wrong thing.

Another weirder and maybe more interesting recent example is Twitch’s ban on people doing livestreams in bathing suits. There were lots of streamers on the platform who were boosting their views by appearing in swimsuits. Some did it incidentally, but many did it knowing it would get them tons of viewers. So Twitch deemed this kind of behavior to be sexual in nature (which is already a really complicated decision) and banned streaming in swimwear unless situationally appropriate (e.g. at the pool, at the beach, etc.).

Twitch’s swimwear streamers responded by taking their webcams to their hot tubs and putting kiddie pools in their living rooms so they could say “I was in the water, so I was allowed to wear a bathing suit.” This became a the standard way Twitch streamers got around the swimwear ban. Obviously Twitch couldn’t really do anything about that. So they created a whole new category of streams, called “Pools, Hot Tubs and Beaches.” This is hilarious to me, Twitch essentially admitting “there are people in not a lot of clothes on our site, and we tried to get rid of them but decided we’d still rather have them here making us money, so now they’re on this other webpage now.”

Anyway I only mention it because it’s interesting to see SB-22, allegedly a separation-of-powers law, manifest in reality as basically a content policy for public briefings.

This story is only tangentially similar, and it’s reductive to say that Twitch streamers and the Columbus Public Health Commission are having the same problem. But they both want to reach people, and they both find that their most successful strategies for doing that are just not allowed. And only one group has really found a solution (it’s the one with the hot tubs, not the one trying to save peoples’ lives).

Of course SB-22 is a bit more legally complex than the Twitch swimsuit ban. But honestly: if someone told these doctors “if you do your press briefing from a pool instead of from some stone steps, we will let you order people to wear masks,” I imagine they’d do it.

I wonder, are there any #Columbus #Ohio people on here? Say hi if so!

Love it when health officials say Covid is a "nasty virus," I hear it in a Gollum "nasty little viruses" voice

"And now, there’s something hovering in the air. Not an unease, not a fear, but a real lingering fatigue, like second-day soreness after a hard workout that you just can’t shake." https://annehelen.substack.com/p/youre-still-exhausted

There are so many moments in the book that demonstrate the key belief that if we cared enough for ourselves and our communities, we wouldn't need to think up ways to punish people for making mistakes.

"Listen, no one is going to beat you up, for heaven sake, but you did something wrong, something dangerous. You know you did." "So what do you want her to do?" Allie demanded. "Get on her knees and say she's sorry?" "I want her to love her own life and yours enough not to be careless. That's what I want. That's what you should want, now more than ever."

Everyone share your outlier acronyms, I'll start:
- BMV, which is Ohio's DMV
- FOIL, which is New York's FOIA law

gargron do you even know how people use your network

- pinned posts not showing up at the top of user profiles?

Things that seem missing from the official Mastodon iOS app so far (or that I just can't find):
- "unlisted" privacy option for posts.
- a "local" timeline.
- a way to see server announcements.

For those of you who play Blizzard games.

The employees have asked you not play them at all tomorrow as a message to the company.

Digital Strike and all that.

Just saw something about people using Instagram "close friends" stories to invite people to events, and it made my anxiety spike, so I thought I would say publicly: if anyone wants me to attend something, they have to actually directly tell me so (DM me somewhere, email me, text me, tag me, whatever). Do not just hope I will see a random thing posted somewhere. 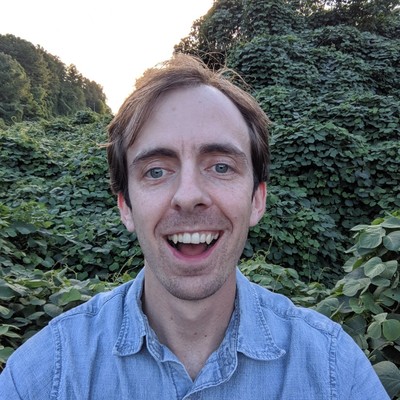 mumford and sons being fash

imagine writing out a statement that's like "in today's modern climate of woke cancel culture mobs, i simply cannot continue to be a member of mumford and sons"

Interested in almost everything (he/him) (opinions mine, not my employers) (hi)

Newsletter feed for Trust Me, I Have a System@trustmeihaveasystem@rss.friend.camp